Community Studies of Antisemitism in Schools

This project utilizes data from the ADL H.E.A.T. Map between 2016 and 2019 to identify incidents of antisemitism that specifically took place in schools. These incidents in schools are influenced by demographic, historical, social, and political factors. This project brings this data together to construct a community typology at the national level. This typology will provide insight into the ways that school-based incidents of hate are enacted and reported in context.

Developing a community typology will allow providers to better target specific demographic, historical, and political attributes of the communities in which these incidents occur through curriculum and learning experiences.

This research is funded by an IUPUI Office of the Vice Chancellor of Research Research Start-Up Funds Grant and an IUPUI Institute of Integrative AI Collaboration Grant. 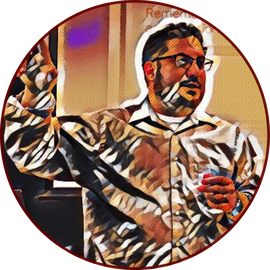 Public scholar-advocate invested in working with marginalized and minoritized youth and communities to build an inclusive and just democratic project by transforming learning and teaching environments.

A Discussion About Being Jewish in School
A discussion the experiences of being Jewish in school for middle schoolers.
Mar 2, 2021 Online
Project Slides